Home / News / What does Helm of Awe mean?

What does Helm of Awe mean?

The Helm of Awe, the name sounds powerful. It is known by a variety of other names such as Helm of Terror, Aegishjalmur, and Viking Compass. It sounds like an object to be revered and is one of the most mysterious and powerful symbols of Norse mythology.

But what exactly is the Helm of Awe and what does it represent?

The Helm of Awe in Norse mythology is both an object and a metaphor. It is mentioned in many Norse myths, literary works and legends. 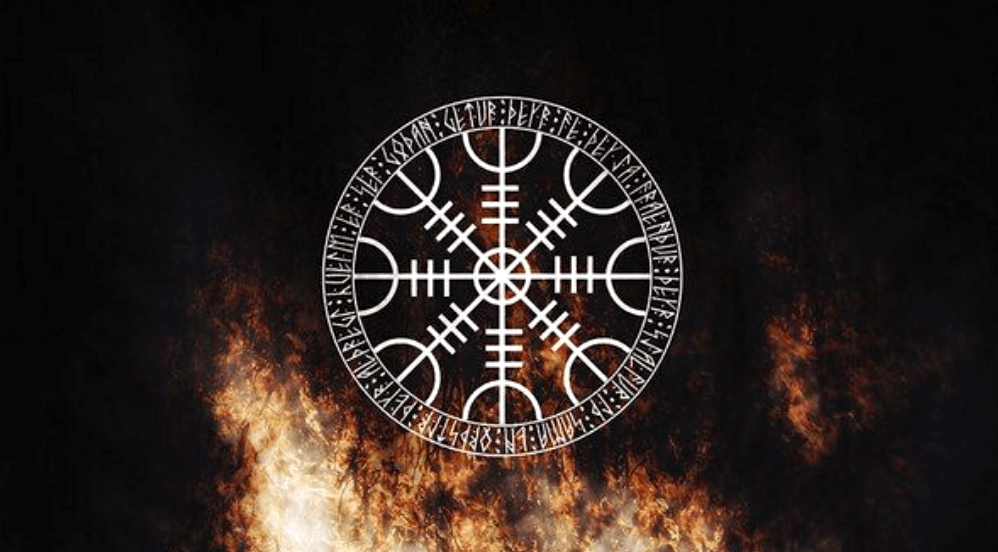 Fafnir the Dragon and the Helm of Awe

The Poetic Edda is an anthology of ancient Norse poems and it is in this publication that we find a mention of the Helm of Awe. It is written that the dragon Fafnir believes he will become invincible if he has the emblem of the Helm of Awe.

Vikings and Helm of Awe

In the belief that anyone who carried the Helm of Awe symbol would become invincible, the Vikings wore it on their foreheads during battle.

The Helm of Awe - Physics or Metaphor?

From all the sagas and poems derived from the old Norse tradition, there are some who claim that the Helm of Awe is an object.

This can be seen in the lore where Fafnir the Dragon believes it makes him invincible if he has Helm with him. This indicates that the Helm of Awe is a real mythological object.
However, it is also related to a symbol, often used in tattoo designs, drawn on ships and used as an amulet.
Other scholars argue that Helm is merely a metaphor for a divine protection and that the symbolism simply points to it.

What does the image of the Helm of Awe represent?

There are several variations of the Helm of Awe, but the more traditional version features eight tridents all protruding menacingly from a central point. Another version found in the Galdrabok (an Icelandic grimoire, or book of spells) has four tridents.

The tridents emanating from the center of the Helm of Awe bear a striking resemblance to the z rune, or Algiz. If that's the case, then it's a move devised by the logo's original designer as Algiz is said to represent the power of the universe.
Algiz is a rune that is associated with communication with the gods and their plans for your life as well as representing spiritual awareness.
The position of the trident is considered to symbolize both a defensive action as well as an offensive attack. It looks like all eight tridents are protecting the center point.

Helm of Awe Round Center

The circle in the center of the Helm of Awe symbol is seen as representing protection, both material and spiritual.
In its design, the Helm of Awe is similar in appearance to Vegvisir, also having eight spokes emerging from a central point, surrounded by runes.
Vegvisir is also a protective symbol, representing guidance, safety and direction for seafarers. Therefore, it is a more universal symbol. However, while similar, the Helm of Awe is a symbol of the warrior and represents protection and invincibility for a warrior.

The Helm of Awe in Viking Jewelry, Viking Clothes And Viking Home decoration.

The Helm of Awe is often used as a symbol in fashion items, such as clothing and jewelry. They may feel that wearing the Helm of Awe will bring them the success and strength they are looking for.
In addition to its symbolic meaning, the Helm of Awe is also considered a symmetrical symbol that can be stylized. This makes it ideal for pendants, T-shirts, rings.... It's also ideal in metal artwork or on tapestries as wall hangings. 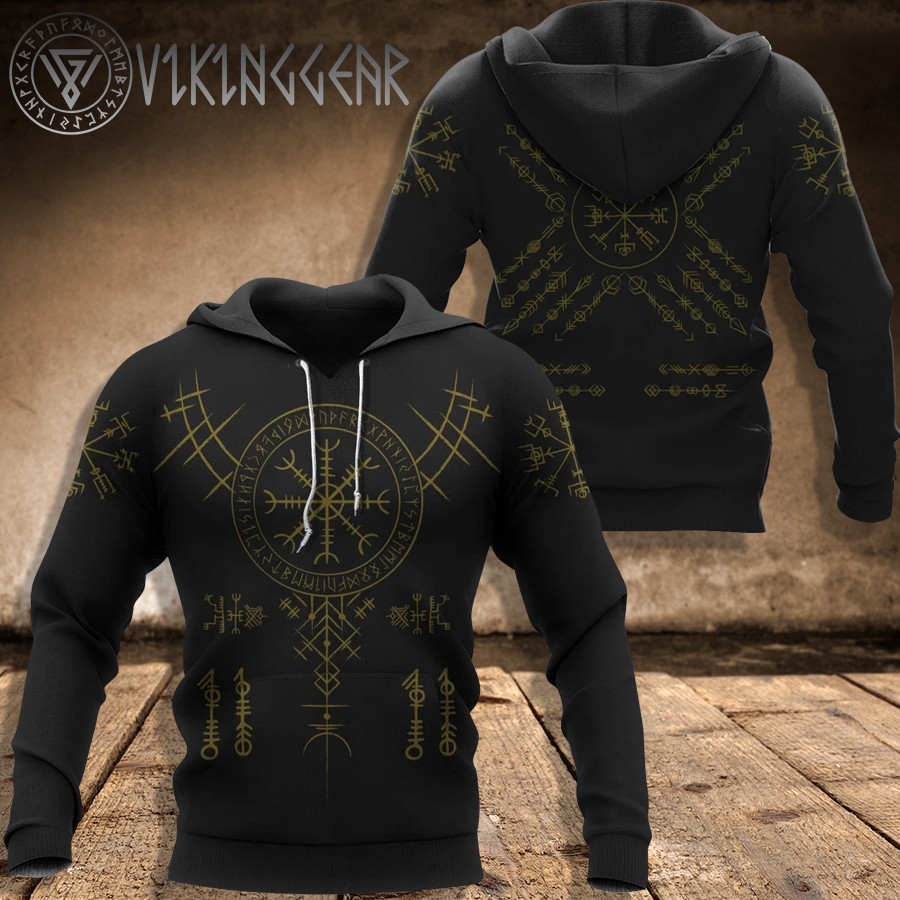 The Helm of Awe is seen as an artifact of great power and protection, ensuring that whoever has it will win in battle. Some people believe that the Helm of Awe protects and holds them as they go through more difficult times in life. As such, the Helm of Awe continues to be a meaningful symbol, even in modern times.